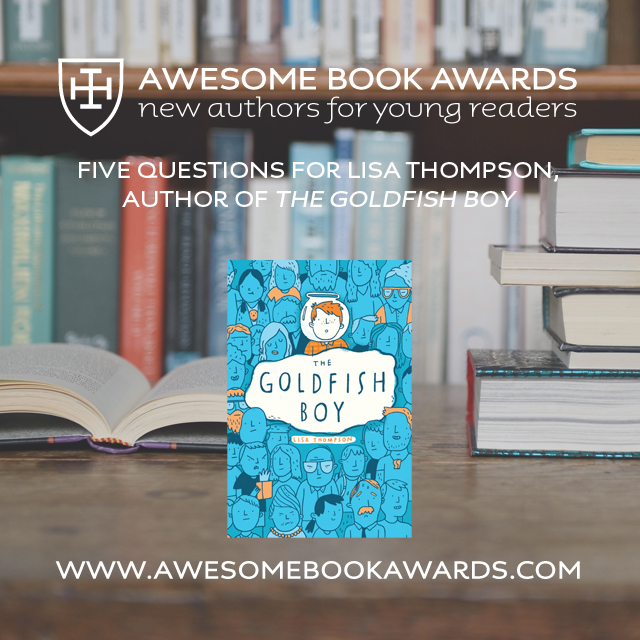 Where did you write The Goldfish Boy?

In lots of different places! Sometimes I wrote at a little desk in my bedroom, but mostly I sat at our kitchen table within reach of the biscuits. I also used to take my laptop to my son’s football training and write in the car. Occasionally I’d get up at 5am to write for a couple of hours before everyone else woke. I can’t quite believe I had that dedication!

Who is your favourite character in The Goldfish Boy and why?

My favourite character is probably Melody. She’s got such a big heart and she doesn’t care about being different. I think that’s a brave thing when you’re younger.

How long did it take you to write The Goldfish Boy?

A long time! I did a lot of stopping and starting and rewriting and doubting myself. The whole thing probably took about two years but I wasn’t writing continuously during that time…

Find your own voice.  Don’t try to write like someone else, just relax and write what comes naturally to you.

I was a bit of a geek.  I was into lots of different things that probably could have been seen as uncool – birdwatching, musicals, collecting old coins and stamps, watching obscure films and singing into my hairbrush into the mirror etc (although everyone still does that, don’t they?)